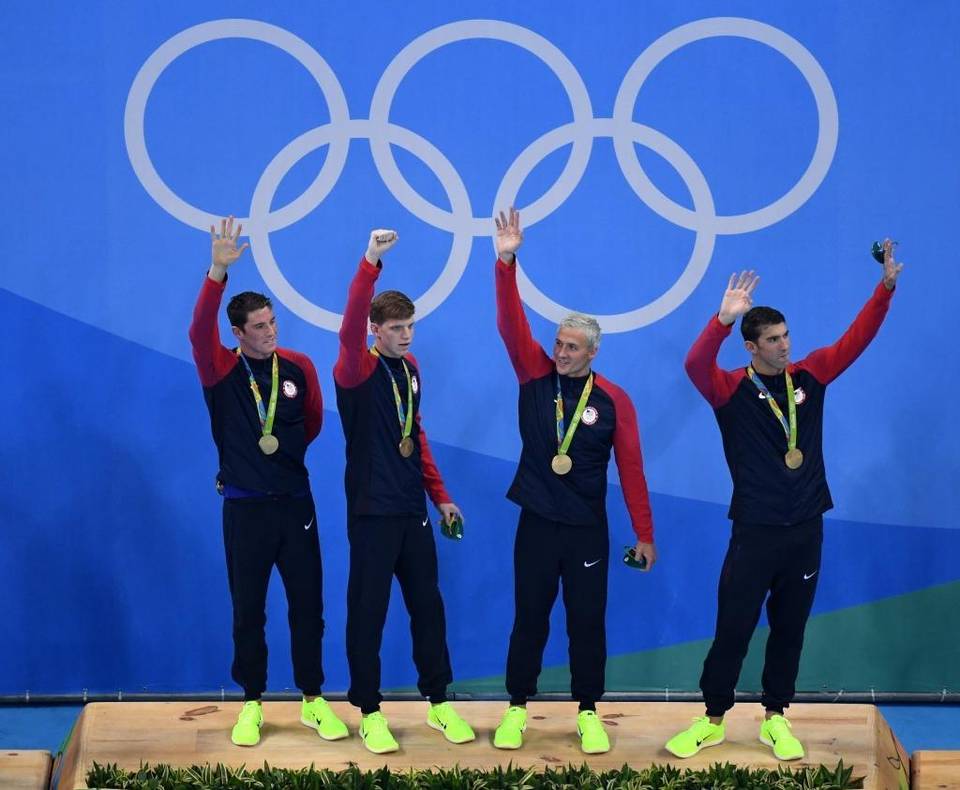 Ryan Lochte earned his first gold medal of the 2016 Olympics Tuesday night, swimming in the men’s 4×200 relay as the U.S. dominated for another win.

Lochte’s performance means that six of the seven swimmers based in North Carolina that earned a spot on the U.S. team have now earned a medal in the Olympics as well.

The seventh, Cammile Adams, had a shaky night Tuesday in the women’s 200 butterfly but squeezed into the eighth and last spot in the women’s final. Adams will swim that event Wednesday at 9:54 p.m. as she tries to improve her time enough to “join the medal club,” as she said.

Lochte winning a medal in Rio was no surprise. He now has 12 Olympic medals in his storied career, which includes the past three years living and training at Charlotte at SwimMAC Carolina.

Lochte wasn’t that happy with his time on the third leg of the relay – it was the slowest of the four U.S. swimmers in the final – but it didn’t much matter in a race the U.S. won by 2.47 seconds over Great Britain. Japan was third.

“My leg in particular, it wasn’t the best I’ve ever had,” Lochte said. “We had to do what we had to do and just get our hand on the wall first.”

Lochte begins his quest for one more medal Wednesday, in the 200 individual medley. He will likely face longtime rival and friend Michael Phelps in a Thursday night final. Lochte will be an underdog to Phelps, but it’s a race that Lochte could win.