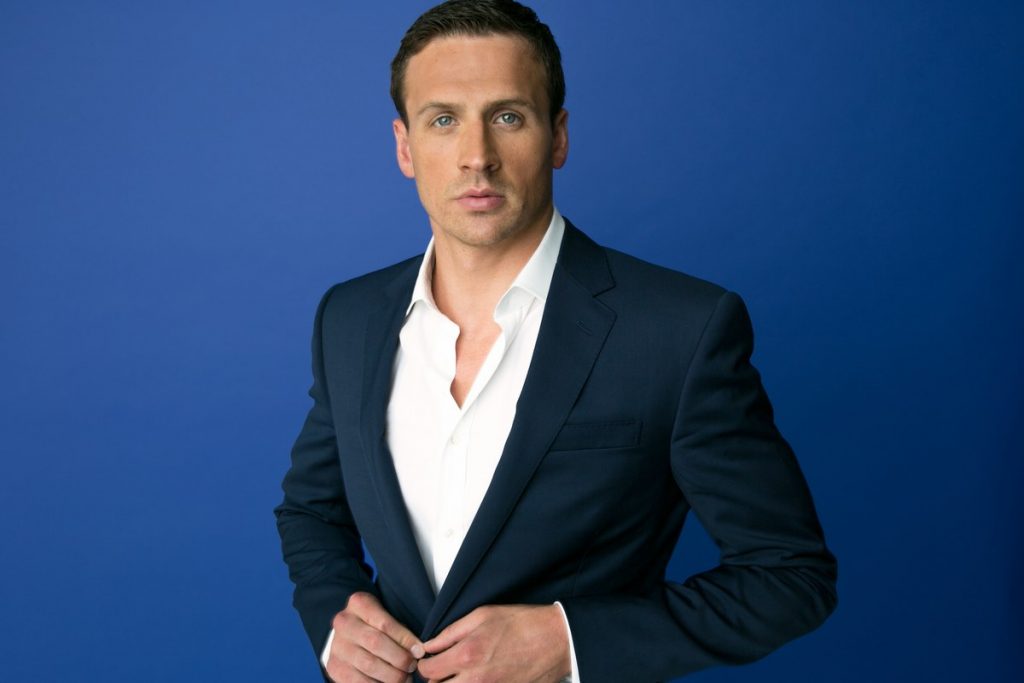 A conversation with the swimmer about the Olympic Village, downloading Tinder, and shaving every inch of your body.

Ryan Lochte, swimming freakazoid and 11-time Olympic medalist, this week begins the second phase of his quest to Rio, where, at the relatively seasoned age of 31, he will compete against waves of twentysomethings as they look to lock up spots on the U.S. Swim Team. (On Sunday he finished third in the 400-meter individual medley, and thus won’t be able to defend the gold he won in London.) A few weeks ago, I sat down with Lochte to talk about training, dating, what it’s like to no longer be the new kid on the block, and that one somewhat questionable catchphrase…

Are we going to bring back the “jeah, jeah, jeah” and all that?

No. That’s just a thing I did when I was younger. Now that I’m more mature, it’s time to focus more on the swimming part and less on the outside part.

What is it like to go through this process now as a known quantity, as opposed to four years ago when you were young hot shot?

I mean, I guess the only thing that’s different right now than four years ago, is that in people’s eyes I have more of a target on my back. Just because of everything I’ve done in the sport of swimming. So now people are trying to gun for me. But I don’t think that. I feel like the underdog again, because my past three or four years, my swimming hasn’t been up to par. Whether it was changing coaches, or changing weight coaches, or because I moved from Florida to North Carolina, I don’t know, but everything in that transition set me back… I don’t want to say set me back. It was just a new experience for me.

What about that transition set you back do you think?

I think it was changing coaches. I had been with my coach back in Florida for twelve years. And that’s where my swimming career starting. But now that I’ve changed cities. Changed coaches. Changed friends. It was basically, Ryan was starting his swimming career over again.

But now you feel like you’re getting back to where you thought they’d be?

I’m usually waking up around 6, 6:30. Make myself breakfast. Go to the swimming pool where we do like forty five minutes, we call it “activation,” but it’s like abs, sit ups, just stuff to get your heart going. Then we swim in the pool for two hours. And then after that we do an hour, an hour-and-a-half of weight lifting. We usually do Olympic lifting. So squats, bench, hang cleans, snatches, stuff like that. And then after that you go back home and have about four or five hours before your next practice. So I’m usually eating, taking a nap, and then I go back to the pool around 3:45. Then an hour of dry-land, which can be medicine ball work, boxing, running, cardio, abs. Then we get back in the water for another two hours of swimming, then head home, eat dinner, and get some rest.
Do you do anything for fun during this period or is it just all training all the time?

During the day, unless it’s my buddies wanting to go out to lunch or something, I mean I’ll do that, but otherwise I just want to rest before my afternoon practice.

We’ve been doing a lot of stuff about online dating stories? Have you ever done any of that?
No. Not yet. I just recently signed up for Tinder though. I heard going back to the Sochi Olympics the athletes were using Tinder in the Village and everything, so I started using that. So we’ll just have to wait and see.

I was going to ask you about Olympic Village stories. Is it as crazy as everyone says? What’s the vibe like?

I mean, honestly if you’re an outsider looking in it seems like one big party. Just because you just have so many people from so many different countries. Different athletes that are there just because they’re there. You know? They’re not really there to compete. Just showing up to party or whatever. And you have people who finish their competition early, so then they just hang out in the village, up at late hours, banging on their drums, yelling, chanting their national anthems. All this stuff. So it gets really loud.

Did you have any fun, crazy stories last time around?

No, one good thing about USA is that we have this code of conduct. So once you sign this code of conduct you have to be in your bed by a certain time. You can’t have girls in a guy’s room or guys in a girl’s room. No alcohol. You’re there to compete, you’re not there to party. So once swimming is all said and done if you want to do those kind of things, you have to leave the Village and go on your own.

You became one of the breakout athletes of the last Olympics, and you had this defined persona that people gravitated towards as this just handsome, silly dude. What was that like and did you feel like your public persona was an accurate version of yourself?

Last time around you were rocking some grills, are you bringing them back? What’s your fashion trend for 2016?

Oh, man, I don’t know. But that is my trademark, those grills. So I might definitely have to get a new pair of grills. But other than that, during the Olympics we’re so structured about what to wear so we look like a team. But outside of that you might see some fashionable clothing I might be wearing.

Being a swimmer, I’ve been shaving my entire body since I was like 13 or 14. And you think by doing it after so many years, it gets easier, but I always end up cutting myself. And it takes four or five hours to shave. And it’s just not fun. When I got together with [Ed. note: Plug alert] Gentle Laser Hair Removal because it’s permanent, fast, and effective. And it’s painless. When I tried that, I was like, this is like a goldmine. And it’s so much smoother than regular shaving, because I don’t have to worry about it growing back. Because during the Olympics it’s like a seven-day meet. You always find yourself re-shaving throughout the meet. With gentle laser hair removal I don’t have to worry about that. And I jump into the water slick as a board. It’s actually one of the key things I’ve changed from 2012.

Yeah. It’s an advantage. So you can’t tell anyone. [laughs]

Oh yeah? Is this based on personal experience?

Maybe. Kinda. [laughs] If you look good, you feel good.