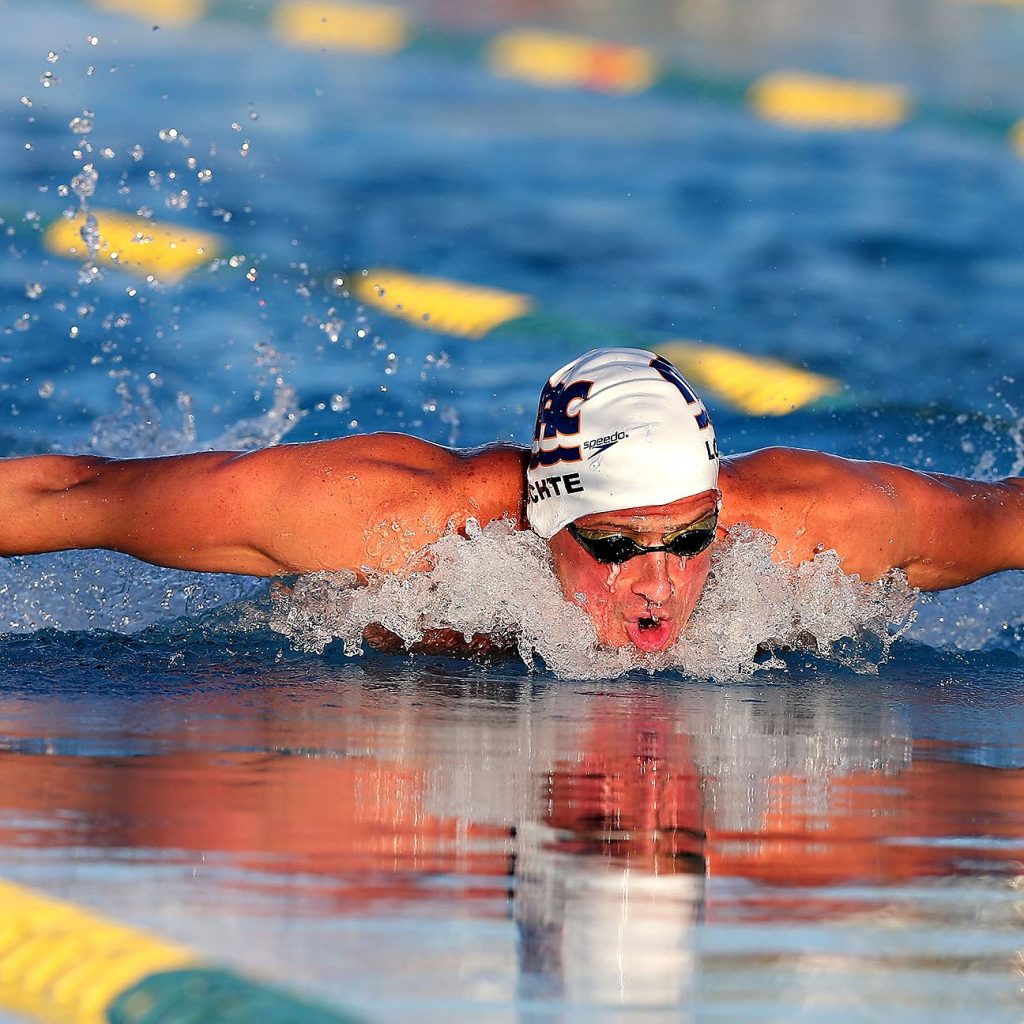 Lochte, the world record-holder in the 200 IM, won in 1 minute, 57.20 seconds, the third-fastest time in the world this year. He also finished third in the 200 backstroke, won by Serbia’s Arkady Vyatchanin.

“What I really want to take out of this meet is not winning or losing,” Lochte said. “It’s about me putting 110 percent effort into it. Doing seven events in a fully-loaded swim meet, just getting up there racing and trying to be as tough as I can, it was really good.”

Meanwhile, Phelps was relegated to the ‘B’ finals in the 200 IM and 100 freestyle after the preliminaries, but bounced back with a strong swim in the evening session at the Mecklenburg County Aquatic Center.

“That about sums it up,” Phelps said after making a raspberry sound. “It’s just frustrating. One of the most frustrating parts was just not setting myself up in the morning like I should have. What I want most is to be racing the competition I need to be racing. I want to race Ryan and those guys. It’s frustrating falling short.”

Also winning Sunday were Brazil’s Felipe Lima in the 50 breaststroke, Nathan Adrian in the 100 freestyle, and Connor Jaeger in the 1,500 freestyle.

Hungary’s Katinka Hosszu added to her medal count Sunday, winning two more events, the 200 individual medley and 200 backstroke. That gave her six wins in seven events during the four-day meet.

“I always try to do my best, but for me it’s pretty important to look at what I did at the same time last year,” said Hosszu, who also won six events at last year’s Charlotte meet. “That really shows me if I’m making the steps forwards, the improvements that we are set up to do. Looking at my times from last year, it’s definitely working. We’re on the right track.”

Other women’s winners were Denmark’s Lotte Friis in the 800 freestyle, Jamaica’s Alia Atkinson in the 50 breaststroke, and Natalie Coughlin in the 100 freestyle.

Atkinson, who finished fourth in the 100 breaststroke at the 2012 London Olympics, won the 50 breaststroke in 30.54, the second-fastest time in the world this year. She edged Jessica Hardy by 0.07 seconds.