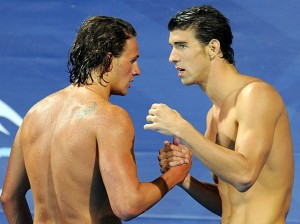 Ryan Lochte dethroned Michael Phelps as the world’s best swimmer in 2010, highlighted by Phelps-like domination at the year’s two biggest meets, the Pan Pacific Championships in August and the short-course world championships in December. Lochte won six golds at each meet. Many have been quick to point out that Lochte is merely the world’s best right now. Phelps will have a strong say going toward 2012 — and that run-up to the London Olympics will heat up in earnest at the 2011 world championships in Shanghai in July.