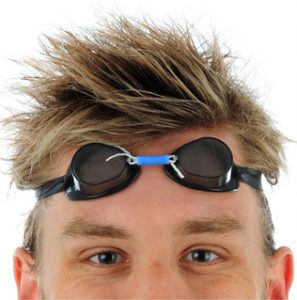 Nick Thoman does his best work on his back.

Thoman, 26, is one of Charlotte’s strongest hopes to make the 2012 U.S. Olympic team. He is a world-class backstroker. He also boasts a world-class pedigree and a style so technically perfect that his coach at Charlotte’s SwimMac Carolina, David Marsh, references it every time he wants to teach someone how to do a backstroke well.

Here’s the problem: Thoman’s best event is the 100-meter backstroke, and that is an event traditionally bulging with great U.S. swimmers. Only two of them can make the Olympic team.

While American Aaron Peirsol dominated the 100 and 200 backstroke for years and has now retired, Thoman will see some of his primary competition this weekend at Charlotte’s UltraSwim meet.

Michael Phelps and Ryan Lochte – the two best overall U.S. swimmers in the world – are scheduled to be in Charlotte and will likely compete with Thoman (pronounced THOE-man) in at least one backstroke event apiece. It’s unclear which events those two will choose to swim in the Olympic trials starting June 25 in Omaha, Neb., although Lochte has long been one of the world’s best in the 200 backstroke – Thoman’s second-best event – and will surely swim that.

“It’s always great fun swimming against those guys,” said Thoman, who plans to swim six events at the UltraSwim. “This weekend is just a stepping stone, but I am taking it seriously. I’m going to try and race the way I want to race at Olympic trials.”

Said Marsh: “Nick will be a real contender this summer – not only to make the Olympic team, but to win an Olympic medal.”

Thoman grew up in Cincinnati, was an All-American at Arizona and moved to Charlotte in 2009 to work under Marsh’s Team Elite.

“He’s a bit of a Renaissance man,” Marsh said. “Very smart. I’ll see him reading heavy-duty literature on a team trip – the kind they forced you to read in college. But then he’s playing a video game. There are all these contrasts in his personality.”

Thoman’s family has a splashy background. His grandfather, Richard, was a standout swimmer for Yale in the early 1950s and once held the world record in the 100-yard backstroke (although he just missed making the Olympic team).

His father, Henry, was a good swimmer at Duke and is now a lawyer in Cincinnati.

Like Grandfather once did, Nick Thoman holds a world record – although it is a bit obscure.

While leading off a relay in England in 2009, six months after he started swimming for Marsh, Thoman swam a short-course 100-meter backstroke faster than anyone ever has (48.94 seconds).

Most swim meets, including the Olympics, are swum on long courses (in 50-meter pools).

“The more underwaters that I do, the better it is for me,” Thoman said.

Still, it was a world record.

“A big leap for me,” Thoman said. “My first benchmark. Really cool.”

The world record pushed Thoman even more into the Olympic mix for 2012. He has been pursuing that dream for years, the past three of them spent in Charlotte. Beyond these Olympics – which will begin in London in late July – he doesn’t know what’s going to happen to him or if he will stay in Charlotte.

“I have some vague ideas but nothing really concrete,” Thoman said. “I want to keep it on the short term right now.”

You probably know someone in their 20s who talks like that, don’t you? Wanting to keep everything on the short term?

But there’s one difference. Thoman might have an Olympic medal hanging around his neck in a few months when he decides what his next step will be.