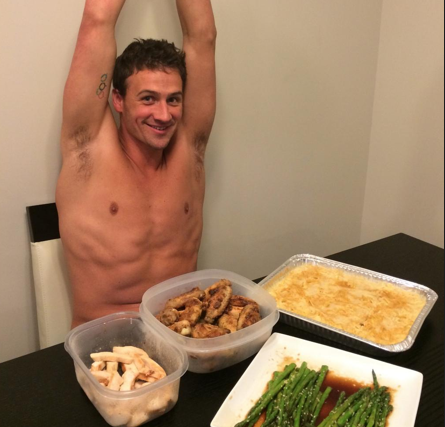 #Streamlining in preparation for my 10,000 calories. Let’s see your best pose. @swimtoday #funnestsport

Michael Phelps’ high-calorie intake may have gotten the most media attention during the months leading up to the 2008 Olympics, but he’s not the only swimmer who is forcing down a lot of grub every meal.

Ryan Lochte posted a photo of what appears to be of his meal that looks like it could fill an entire family but instead is just fueling Lochte’s dreams.