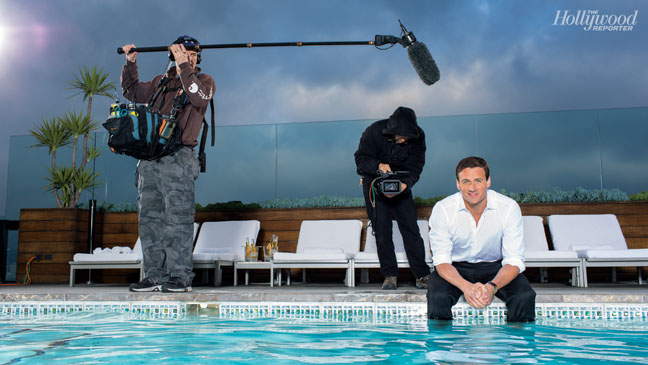 Inside the swimmer’s plan to go from Olympic champion to reality TV star: “When I walk down the street, people recognize me, and that never happened before,” he tells THR. “Now’s my chance.”

Ryan Lochte knows exactly what he wants. He wants to be Kim Kardashian — and isn’t ashamed to admit it.

“Kim started from pretty much nothing, and now everyone everywhere knows who she is,” he says. “That’s what I want to do.”

Lochte pulls a gray beanie down over his ears and collapses onto a sofa on the roof deck of the Thompson Beverly Hills. It’s March 5, and the 28-year-old swimmer is in Los Angeles to promote his new E! series, What Would Ryan Lochte Do?, which premieres April 21. He has shed the designer Tom Ford duds he wore for his THR shoot (a polished look he’s still getting used to, admitting he only learned how to tie a tie three weeks earlier while in Washington, D.C.) in exchange for a more casual look: a white button-down, khakis and sneakers.